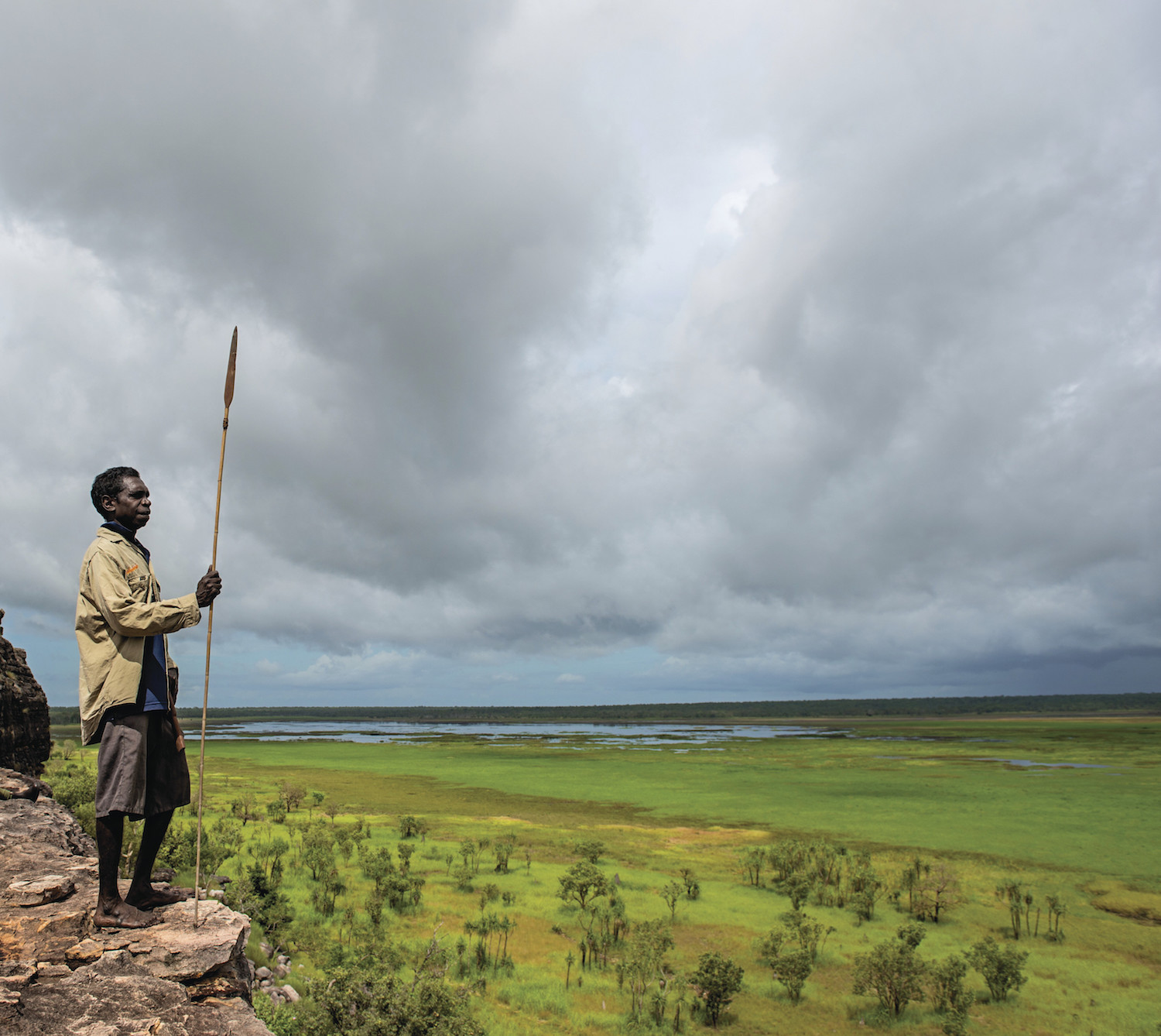 Disclaimer: this article should be used as an introductory guide only. We do not speak on behalf of all First Nations people and we respect everyone’s right to choose how they are referred to and what language they identify with most.

As with all terminology, the meaning and use of certain words has changed throughout history. Words are tied to the context and politics of the time. There’s no unanimous view, but some terms are considered more appropriate than others. It's helpful to understand why that's the case.

But when the British arrived, they didn’t identify us by a name derived from place. How could they, when our traditional place names were largely ignored? So instead of a name, we were given classifications: ‘native,’ ‘aboriginal,’ ‘indigenous.’ Just like flora and fauna.

Eventually, these classifications were turned into names - proper nouns and proper adjectives with capital letters. First, ‘Aborigine’ (now considered outdated and inappropriate), then ‘Aboriginal’ and ‘Indigenous.’ Doing so meant we could move away from labels, and towards identifying as a people.

Prior to British invasion, there were hundreds of Nations on the mainland continent we now call ‘Australia’ - each with their own language, culture and Law. The same goes for the islands surrounding Australia, including those of what is now known as the ‘Torres Strait.’

We had no single identity, so we couldn’t have had a single collective name. No word could have been translated across all languages. So when referring to a First Nations person as an individual, it’s often preferred to identify that person by their ancestral Nation(s). For example, “they are a Ngemba person from Brewarrina,” or “my friend is Whadjuk Noongar.”

The search for collective terminology only exists as both a convenience for non-Indigenous people to group us together (and not have to learn about all the First Nations), and for us to unite as a group against a shared struggle.

Below we explain some terms and provide some context and guidance. But ultimately it's important to respect what the individual, family, or community prefers. Make space for them to define what is appropriate and how they would like to be identified. You may need to ask people what they prefer, particularly when you are building relationships with new communities or individuals. Otherwise take notice of how they identify and introduce themselves.

Many Aboriginal and Torres Strait Islander groups prefer to be known by these titles over others.

The term ‘Aboriginal’ has been in the English language since at least the 19th century. It comes from the 16th century term, ‘aborigine,’ which means ‘original inhabitants.’ It derives from the Latin words 'ab' (from) and 'origine' (origin, beginning). Aboriginal has been used in replacement of Aborigine since as early as 1789.

The name ‘Torres Strait' came from the Spanish navigator, Luis Vaez de Torres, who sailed through the area in 1606. Today many people of the Torres Strait prefer to define themselves by their specific island, family group, community and/or Country. Many also use the name ‘Zenadth Kes’ in replacement of Torres Strait/the Torres Strait Islands. Zenadth Kes is an amalgamation of language meaning 'the four winds,’ in reference to the winds that pass through the region. Elder and linguist, Ephraim Bani (Wagadagam, Mabuiag Island), coined the name in the 1980s.

Note: It’s important to use ‘Aboriginal’ and ‘Torres Strait Islander’ as adjectives and not nouns, by always including ‘people/s’ at the end. Also, avoid abbreviations. Do not use terms like ‘ATSI’ as it risks reducing Aboriginal and Torres Strait Islander cultures into a single group, and was a term imposed on us by government institutions and agencies.

‘First Nations’ recognises Aboriginal and Torres Strait Islander peoples as the original and sovereign peoples of these lands. It’s the preferred terminology of Common Ground, as we believe it acknowledges diversity and recognises language groups as separate and unique, sovereign Nations.

It is widely used to describe the original custodians of Canada and other countries across the globe. Over recent years, the use of this term has grown in popularity.

“I am not an Aboriginal or, indeed, Indigenous. I am Arrernte, Alyawarre - First Nations person. A sovereign person from this country.” - Rosalie Kunoth-Monks.

In Australia, ‘Indigenous’ has become a popular, catch-all term to describe First Nations people. While this can be practical, it’s important to recognise why some people take issue with this approach.

The definition of ‘Indigenous’ means 'belonging or occurring naturally in a particular place' (Oxford Dictionary). It is used globally to describe the people, flora and fauna that are native to a particular place. Because of its global and broad use, some people believe it does not acknowledge the unique and diverse cultures of First Nations people in Australia. It is not specific to people, and it also risks reducing multiple, distinct cultures into a single group.

But context is important. For example, many well-regarded First Nations academics and organisations use the term 'Indigenous.’ If the audience you serve is confident that you understand and are respectful of the diverse, rich cultures of First Nations people, it is still appropriate to use the term.

‘Indigenous Australian’ is a term commonly used in political and government contexts. However, there are individuals and communities who find this term offensive as it refers to the colonial state of so-called ‘Australia.’ Without reference to the sovereignty of First Nations people, it can be considered problematic.

In recent years, 'First Australians' has emerged as a name that recognises Aboriginal and Torres Strait Islander people as the first peoples of Australia.

The words 'Aboriginal' and 'Indigenous' fail to represent the unique cultures of Australia's First Nations groups, so using 'First Australians' can overcome this. However, like with ‘Indigenous Australians,’ some people take issue with the reference to 'Australia.' First Nations people have been here long before ‘Australia’ existed.

The term 'Aborigine' was commonly used up until the 1960s but is now regarded as outdated, inappropriate and offensive. 'Aborigine' has strong ties to colonial Australia, and the injustices inflicted upon First Nations people since British invasion.

The word ‘black’ is commonly used by First Nations people among ourselves. However, many would find it offensive for a non-Indigenous person to use this expression to refer to a First Nations person.

Context is important! For example, the word 'blacks' often appeared in colonial media in the headlines of negative stories about First Nations people.

A term that has more recently emerged, ‘Blak’ is a reclamation of the term ‘Black.’ It’s used by First Nations people to distinguish us as a community separate from other communities that describe themselves as ‘Black.’ It’s also used to express how First Nations identities (or Aboriginality) are not centered on skin colour.

The first recorded use of ‘Blak’ within the context of Australia was by Erub/Mer (Zenadth Kes) and K'ua K'ua (Cape York) artist Destiny Deacon in her exhibition Blak lik mi (1991).

“[Blak is] a term used by some Aboriginal people to reclaim historical, representational, symbolical, stereotypical and romanticised notions of Black or Blackness. Often used as ammunition or inspiration. This type of spelling may have been appropriated from American hip-hop or rap music.” - Destiny Deacon in Walk and don't look blak (2004).

While the term is used by First Nations people, it’s often community-specific and non-Indigenous people may not have been invited to use this term.

Taken from early colonial language used by non-Indigenous people, ‘Blackfella’ has also been reclaimed by First Nations people who are working to make it our own term, rather than one imposed on us.

First Nations people often use the term among ourselves, but non-Indigenous people should be very careful using the term. It’s colloquial and subject to context, so some people might take offence.

Remember, if in doubt, you can always ask the person you’re referring to for their individual preferences, or observe how they identify themselves.

2019 - The year of Indigenous Languages