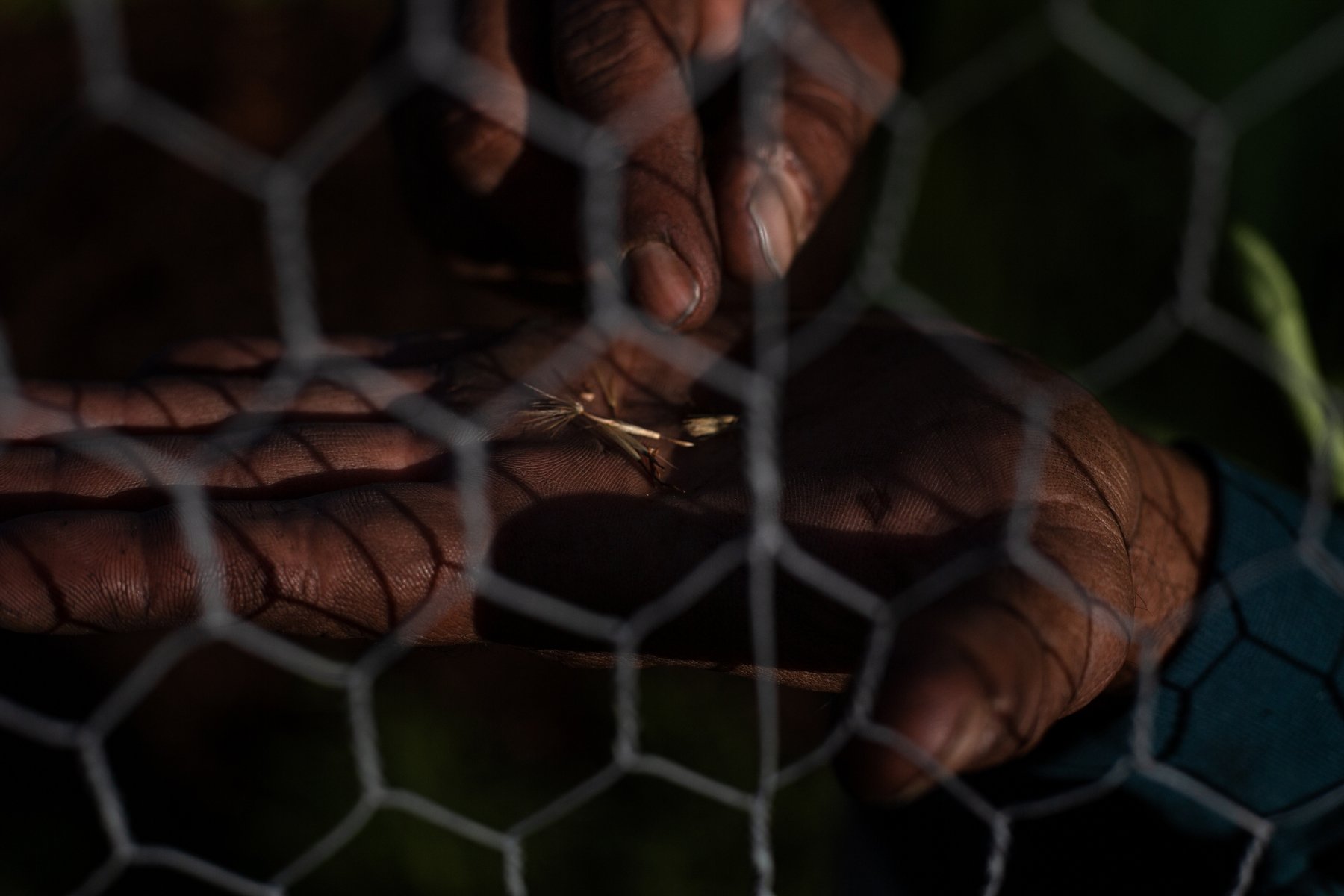 For First Nations people, food is innately spiritual. It connects us to Country, to Mob and to our Old People (Elders and Ancestors). Food has symbolised reciprocity and healing for First Nations people for over 80,000 years. It’s far more than a commodity to be purchased from a supermarket. For time immemorial we’ve shared our harvests and cooked meals together. We’ve used bush foods for their powerfully medicinal properties. We’ve survived and thrived, living seasonally and sustainably.

We didn’t “live off the land” as hunters and gatherers as many textbooks would have you believe. Rather, we lived harmoniously with the land utilising traditional farming practices to sustain our communities. Bruce Pascoe tells this story, the story of traditional agriculture, in his book Dark Emu: Black Seeds: Agriculture or Accident?. Pascoe is a Yuin, Bunurong and Tasmanian man who lives on his farm in East Gippsland, Victoria. The farm is both his home and his latest project, Black Duck Foods. A social enterprise, it is a new yarn about a story as old as time.

“My vision for Black Duck Foods is to explore the Old People’s knowledge and to share it with wider Australia for social, nutritional, and environmental purposes. This work is my obligation. I do it because it’s the Lore,” says Pascoe.

He welcomes each day on the farm with traditional ceremony. It’s his morning ritual to “greet grandfather sun,” as taught to him by Yuin Elder Uncle Max Harrison. “Because of ceremony, there’s no confusion. I’m entirely aware of my responsibilities and the boundaries of my life. In this regard, the Lore is deeply reassuring. I don’t think white Australia understands the level of obligation under which First Nations people live.”

Traditional food knowledge is a gift. Black Duck Foods is compelled by truth-telling and aims to transform old stories into new opportunities for First Nations people, as part of the journey towards food sovereignty.

The Confederacy of Clans

For Pascoe, food sovereignty is not only about First Nations people dictating how we produce and consume our food, but it’s also about receiving the economic benefit from the consumption of our foods. “I’m not thoroughly convinced by capitalism. But while it’s here and enslaving our people, we have to participate. Both in politics and in capitalism – we might be able to subvert both – but in order to be in any position of power, we have to be involved.”

Pascoe has proposed a Confederacy of Clans – a space for First Nations communities to unite outside of government institutions. The Confederacy of Clans is the innately political pursuit of connectedness through food and working on Country. The project, supported by Patagonia’s grants program, brings together clan groups from the lands around Kunama Namadgi/Mount Kosciusko, down to the coast and the catchment of its rivers, with the aim to grow Indigenous traditional crops and employ and train First Nations peoples.

“Our vision is to gather under the Confederacy of Clans to discuss the opportunities and challenges for those First Nations surrounding Kunama Namadgi/Mount Kosciuszko. We could be a powerful political force, crossing Victoria, New South Wales and Australian Capital Territory government boundaries. I want our Peoples to come together again.” Pascoe reiterates that this is not an idea of his own but rather an idea of the Old People. “We want the Confederacy of Clans to be strong like the spirits of our Ancestors.”

"Australia’s post-colonial food system has been established to the detriment of Country."

The Confederacy of Clans is a meaningful venture, particularly because Australia’s post-colonial food system has been established to the detriment of Country. This calls for our urgent consideration, as industrial agriculture continues to devastate the environment.

Our traditional farming systems use less land, less water, and fewer resources. They grow nutrient-rich foods that are native to this land while nurturing greater crop diversity. They protect our soils, waters and ecosystems and are far more resilient in the face of climate change. They provide nourishment and joy for our local communities.

We need to rule our own narrative

Black Duck Foods has created space for Mob to celebrate our food traditions and bring old knowledge systems into the modern world. First Nations people have already harnessed the power of digital storytelling and social media to resist colonialism and to imagine new futures. The Confederacy of the Clans intends to build on that.

Bronwyn Carlson is a First Nations woman and academic who was born on and lives in D'harawal Country. She says digital spaces act as contemporary meeting places for Mob. “We have a collective sense of care for one another and a shared capacity to understand each other’s stories. As First Nations people, we belong to something so much bigger than ourselves and so much bigger than our experiences with colonialism. We are from here, the oldest continuing culture on earth, and that connects us ancestrally for thousands of years”, says Carlson.

She believes our voices can be amplified online because it is there that we have access to a global collective and a shared recognition with Indigenous peoples elsewhere. “Leesa Watego, a Murri woman, once said ‘social media is like a modern-day midden’; layer upon layer of meeting place and gathering. Our digital midden will tell stories to our descendants about who we are. If we tell our own stories from our own perspectives, the midden will be full and rich.”

Carlson adds that one of the most devastating things about colonialism is that it limits the imagination. “This is especially true for colonisers. They have an inability to see the world outside of the way it currently exists,” she explains. “They keep going back to the same solutions. They look to the government to solve things like climate change. But climate change can’t be solved with a policy.”

In our stories we will find answers

Key to the undoing of colonialism, is the relearning of our old stories. Pascoe believes traditional language revitalisation is our portal to ancient knowledge. “We must learn our languages. We may not become fluent in them, but we should know them intimately. Because within the languages is our philosophy. Within the languages is the way our Old People think.”

"It’s about thinking outside the constraints of colonialism and capitalism. It’s about trusting that, if you can think of something, it can be real."

Carlson says she doesn’t have much time for decolonisation. “For me, Indigenising is far more powerful because we’re going back to our own ways of thinking. It’s about thinking outside the constraints of colonialism and capitalism. It’s about trusting that, if you can think of something, it can be real.”

Black Duck Foods is sowing seeds of sovereignty and knowledge with every crop they grow, from mandadyan nalluk (dancing grass) to murrnong (yam daisy). Our traditional foods have the power to nourish us both nutritionally and spiritually. These foods are our teachers. They’re our living connection to the Old People.

And with social media, First Nations Peoples can share our stories our way. It is within these stories and our memories that we will find the roadmap to a more sustainable and just future.

This article has been shared by our friends at Patagonia through Roaring Journals.

Top image – Yuin man Terry Hayes, holds out Murnong seeds on Bruce Pascoe’s farm, in Wallagaraugh. Bruce and his team are planting and cultivating various native plants for food production including murnong, a native Australian yam, which was a staple food and cultivated plant of Indigenous Australians for thousands of years. All images by: Anna Maria Antoinette D'Addario.

Where does the word koala come from?