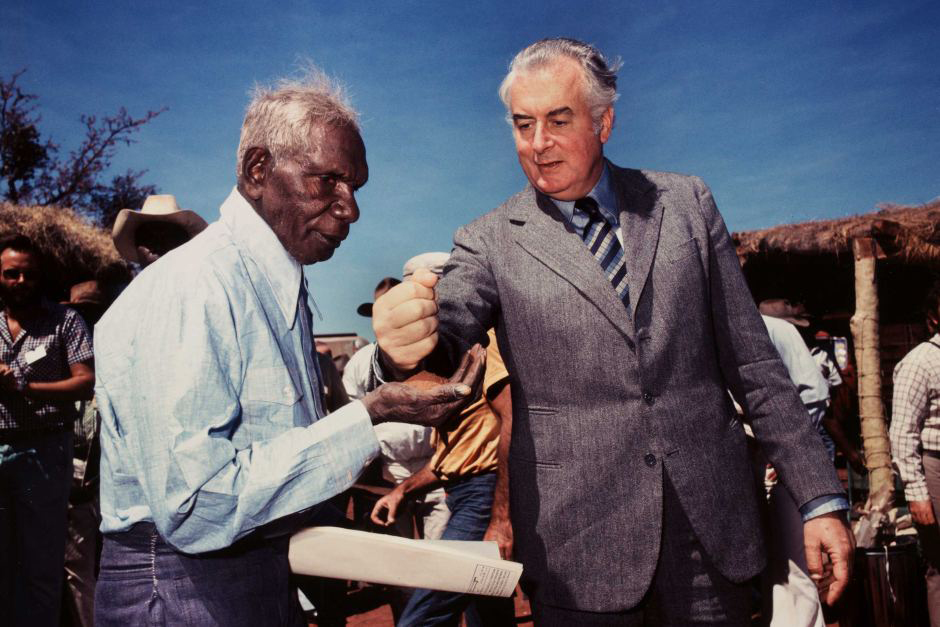 The Ongoing Legacy of the Wave Hill Walk-Off

On 23 August 1966, the Gurindji people of the Northern Territory made history with the Wave Hill Walk-Off. The landmark event made their names widely known across Australia and inspired national change.

200 Gurindji stockmen, domestic workers and their families at Wave Hill cattle station went on strike. They demanded wages and a return of some of their traditional lands which was bought by international meat-packing company Vestey Brothers in 1914. They were led by Vincent Lingiari, elected leader of the Gurindji communities.

The stockmen “walked off” the job and refused to be bribed back until they received justice through land rights. The demand was rejected, but they continued to camp on their traditional land at Daguragu, leading to a seven-year dispute.

“You can keep your gold. We just want our land back,” Lingiari famously said.

The campaign was supported by people across Australia, and eventually the Gurindji won the title to part of their land. In doing so, they put land rights on the political agenda and took the realities of decades of oppression and colonial injustice into the living rooms of urban Australia.

The Wave Hill Walk-Off inspired national change in the form of equal wages for Aboriginal workers, as well as a new land rights act.

The Aboriginal Land Rights (Northern Territory) Act was the first attempt by an Australian government to legally recognise First Nations land ownership. It put into law the concept of inalienable freehold title - meaning that the land cannot be bought, acquired or mortgaged. The legislation allowed First Nations people to claim land title if they could prove a traditional and strong relationship with the country.

In 1974 Prime Minister Gough Whitlam gave the Gurindji people a lease to part of the vast Wave Hill property – a symbolic day for First Nations people and supporters, but only a vital first step.

As Gurindji Elder Vincent Lingiari said at the time: "They took our country away from us, now they have brought it back to us ceremonially."

The Gurindji people worried that without perpetual title, the government could take the lease away again – a fear that was realised in 1979 when the Northern Territory Government said they must surrender the title.

It wasn’t until two decades after the Wave Hill Walk-Off, in 1986, that the Gurindji people became one of the first to reclaim their traditional lands, when the government at last handed over the inalienable freehold title deeds.