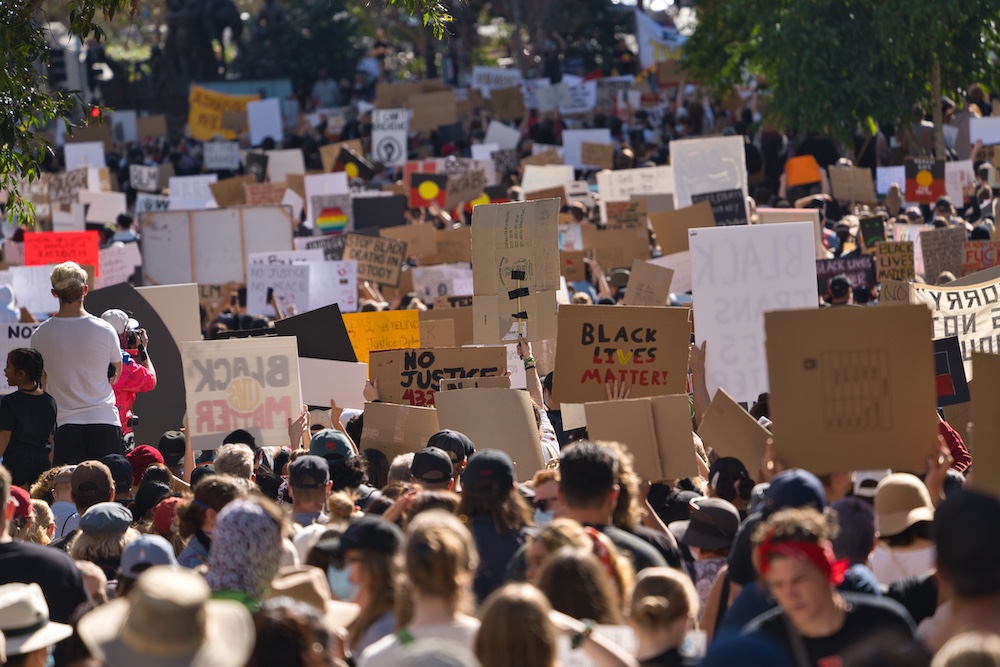 Sensitivity warning: this piece contains the name of a First Nations person who has died in custody, and shares the manner in which they died.

April 2021 marks 30 years since the final report was released following the Royal Commission into Aboriginal Deaths in Custody. The report outlined fundamental changes necessary to stop the alarmingly high rates of First Nations deaths in custody. The recommendations centered around self-determination, ending over-policing of First Nations communities and reducing the number of First Nations people being taken into custody.

Research by the Australian National University found that very few of the 339 recommendations of the Royal Commission have been implemented, and some policy positions directly contradict the recommendations. 30 years later and still we do not have justice.

Five First Nations people have died in custody since the beginning of March 2021.

“Since the Royal Commission we’ve had over 470 Aboriginal and Torres Strait Islander deaths in custody. To me that speaks volumes about the commitment from the government to implement its recommendations. Failure to do so has led to more and more of our loved ones dying at the hands of police and prisons - from those who feel untouchable.” - Apryl Day.

Yorta Yorta woman Apryl Day is a staunch advocate for stopping First Nations deaths in custody and abolishing public drunkenness laws (a recommendation of the Royal Commission in 1991). Apryl is the daughter of Aunty Tanya Day, another strong matriarch, who died in police custody in December 2017.

Aunty Tanya’s story is one of systemic racism and unconscious bias. That is, racism that’s embedded within our systems (like the justice system) and bias that’s automatic and based on social stereotypes (like assumptions about race).

In December 2017, Aunty Tanya was travelling to the city by train, to visit and support her pregnant daughter. She had been drinking that day and fell asleep. Woken up by the train conductor, she was unable to produce a ticket. Instead of issuing a warning or fine, the conductor had Victoria Police called to the next stop.

The state’s public drunkenness laws allowed police to detain Aunty Tanya and hold her in a cell. It was there she hit her head five times, causing bleeding in her brain. Police failed to provide adequate checks on her wellbeing. What was said to be the fatal injury happened at 4.51pm yet paramedics weren’t called until 8:05pm.

Since then, after years of staunch advocacy by the Day family, the Victorian Parliament has passed legislation to decriminalise public drunkenness (leaving Queensland as the only state to not have done so). And in an Australian first, the inquest into Aunty Tanya’s death concluded systemic racism did play a role. These two accomplishments have brought us closer to justice, but Australia still has a long way to go.

“The system continues to ignore our calls for justice and accountability and continues to perpetrate colonial violence on our mob.” - Apryl Day.

First Nations women are 21 times more likely to be incarcerated than non-Indigenous women, making us the fastest growing prison population in Australia.

“The Dhadjowa Foundation is a grassroots organisation being led and governed by the people most affected - our families.” - Apryl Day.

Four years after her mother’s death, Apryl has founded the Dhadjowa Foundation to support families, like hers, whose loved ones have died in custody.

Dhadjowa, meaning sunshine in Yorta Yorta, provides strategic, coordinated and culturally safe support for First Nations families who have experienced a death in custody. The foundation campaigns for police accountability and is not influenced by government.

“Our loved ones deserve justice and accountability for having their lives stolen. The ones responsible for their deaths should be held criminally responsible. We’ve had over 470 deaths in custody and zero convictions.” - Apryl Day.

Pat Dodson is a Yawuru man from Nileribanjen (Broome) in Western Australia. He is a significant figure in Australian politics and was a Commissioner in the 1991 Royal Commission into Aboriginal Deaths in Custody.

“For our communities, the storyline is all too familiar: the minor offence, the innocuous behaviour, the unnecessary detention, the failure to uphold the duty of care, the lack of respect for human dignity, the lonely death and the grief and loss and pain of the family.”

Dodson has also expressed his concern for the lack of transparency and accurate recording of First Nations deaths in custody. In a Senate Estimates hearing in March 2021, Dodson challenged the Federal Government, revealing they have no records on how many First Nations people have died in custody since 2019.

“We’ve gotten to the chronic stage now where instead of learning from the Royal Commission and its recommendations 30 years ago, we’re standing on the brink potentially of another Royal Commission to inquire into the same sorts of things.” - Senator Pat Dodson.

The Federal Government does not keep consolidated data on First Nations deaths in custody, despite Recommendation 40 of the Royal Commission: Establish and maintain a uniform database to record details of Aboriginal and non-Aboriginal deaths in custody.