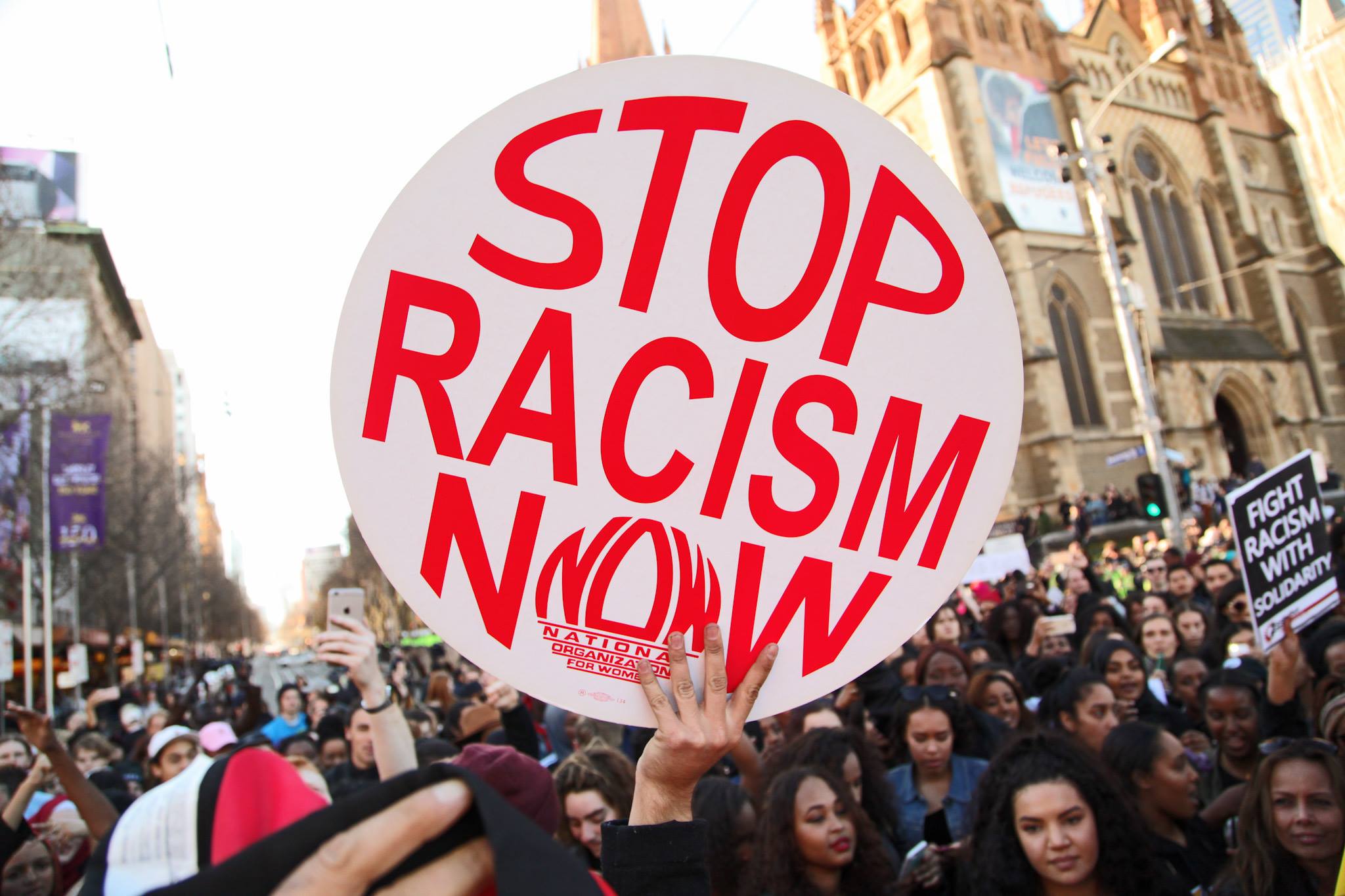 January 26 1788 is the day Sir Arthur Phillip raised the British flag at Warrane (Sydney Cove) to claim the land as a British Colony. This day marks the beginning of a long and brutal colonisation of people and land.

On 26 January each year people in Australia are asked to celebrate a national holiday, now called Australia Day. But Australia Day celebrations are not generally embraced by Aboriginal and Torres Strait Islander people, as well as some non-Indigenous people. For many First Nations people this day is recognised as Survival Day or Invasion Day. Because from this day in 1788 onwards, First Nations people suffered massacres, land theft, stolen children and widespread oppression at the hands of the colonising forces. For First Nations people, January 26 is a day of mourning the history that followed the arrival of Sir Arthur Phillip and the First Fleet.

There are many reasons why the 26 January and ‘Australia Day’ are controversial, painful and traumatic for First Nations people. A lot of Australians have some idea about the violent and devastating history of colonisation in Australia since 1788. But far less understand that colonialism and the effects of colonisation still exist today. And, that the legacy of racism plays out in every aspect of Australian society.

Australia Day has changed over time

Australia did not become a nation until 1901 when the six British colonies united to form the Commonwealth of Australia. In 1931 the Victorian Government signed off on a proposal to make the Monday nearest to 26 January a public holiday called Australia Day, forming a long weekend. By 1935 the other states and territories followed in the forming of a long weekend, near to 26 January. It wasn’t until 1994 that 26 January was declared a national public holiday.

Paul Gorrie, a Gunai/Kurnai, Gunditjmara, Wiradjuri and Yorta Yorta man, speaking to the Aware Project, also sees it as a day of mourning because of the long term consequences of colonisation:

“All over the world, when communities have traumatic experiences, there are long term consequences. Their children and grandchildren are affected, and depending on whether and how wrongdoings are acknowledged and continuing problems are addressed, the trauma tracks down the generations... Australians of today are not directly responsible for what happened in the past. But it is part of our shared history as Indigenous and non-Indigenous Australians and, together, we are responsible for what happens in the future.”

Dr Tom Calma AO, Aboriginal elder of the Kungarakan people and Chancellor of the University of Canberra, makes the point that “Indigenous Australians have felt the impact of racism from ‘day one’ in white Australian history.” So First Nations people are being asked not only to celebrate Australia on the day colonisation began, but to celebrate a country which won’t even include them in its Constitution.

Not a date for celebration

On 26 January 1888, on the centenary of British colonisation, Aboriginal leaders boycotted celebrations, but the protest went unreported and unnoticed by the wider community.

On 26 January 1938, on the 150th anniversary of Arthur Phillip’s arrival, Yorta Yorta man William Cooper and other members of the Aboriginal Progressive Association held the Day of Mourning and Protest. The protest took place in Sydney after an event to celebrate Arthur Phillip's landing, which included a parade and a re-enactment of the First Fleet’s arrival. Afterwards, over 1000 First Nations people and their supporters formed a silent march through the streets of Sydney.

Since the first Day of Mourning, many thousands of Australians gather each year to protest the celebration of 26 January. The scale of the protests grows yearly, as more and more people come to understand the true history of Australia, and what 26 January represents for First Nations community. In 2020, over 100,000 people took part in protest events on the day.

Many people believe that to truly celebrate this country we must find a date that includes all Australians. Yawuru Lawyer Mick Dodson AM, speaking to the Koori Mail, said that he believes that someday, Australia will change the date to one that is a “comprehensive and inclusive date for all Australians.”

The movement to “Change the Date” calls for a different date to celebrate the national holiday. The purpose of changing the date is to recognise that many people value having a special day to celebrate the place they call home, while also acknowledging the traumatic context and history that 26 January in particular represents. Suggestions for alternative dates include 1 January (the anniversary of Federation in 1901), 8 May (“May 8” sounds like “mate”) 27 May (the anniversary of the 1976 Indigenous referendum), and many more. The proposal to Change the Date is meant to be inclusive of all people who live in Australia, including First Nations people.

However, simply changing the date is not enough to change the narratives and systems in Australia that continue to oppress and disadvantage First Nations people. Further education of wider Australia on the history of colonisation, as well as understanding and acknowledgment of the issues important to First Nations people is also part of the conversation and proposal around changing the date.

Another growing movement is to abolish Australia Day. This means to cancel the national holiday, the concept of Australia Day and what it celebrates. It is argued that without significant changes in key areas of justice relating to First Nations people, there is nothing to celebrate. These areas include social justice, legal restitution, widespread acknowledgement of Australia’s true history, treaty, self-determination (the power of self-governance) and constitutional recognition.

The movement highlights that the things commonly celebrated on Australia Day such as equality, freedom, opportunity, and our national identity are not reflective of the experience of First Nations people and indeed many other people in Australia. Advocates in this movement also describe how the nationalistic pride often celebrated around Australia Day is rooted in racist, colonial history, values and behaviours.