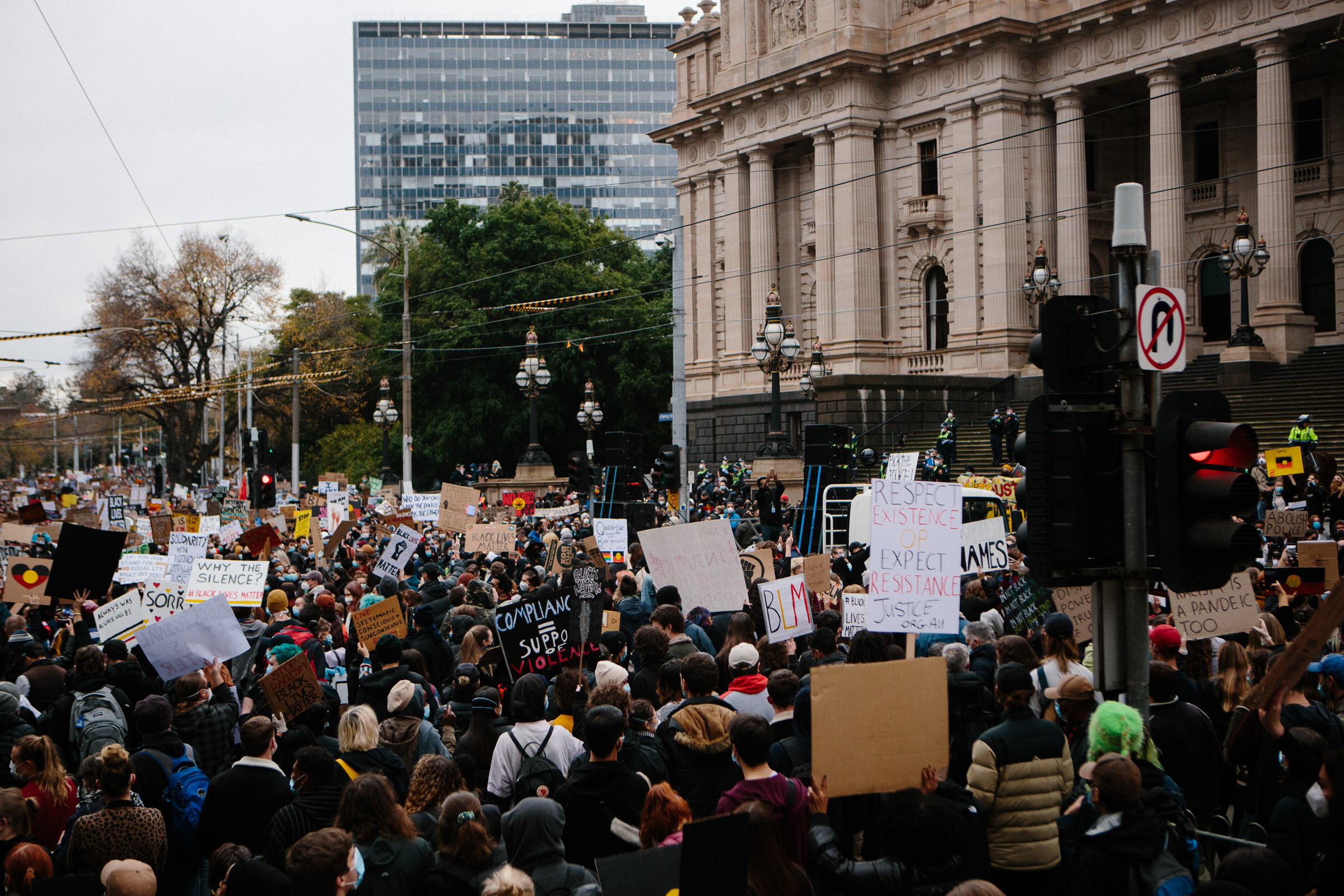 At the time of writing, 439 First Nations people have died in police custody in Australia since the Royal Commission into Aboriginal Deaths in Custody in 1991. None of these deaths have led to a single conviction of any person involved.

The Royal Commission produced many reports, including individual reports for each death investigated. The Royal Commission found that First Nations people were more likely to die in custody because they were more likely to be in custody. Almost 30 years later and First Nations people are still far more likely to be incarcerated than the non-Indigenous population. The final report was signed on 15 April 1991 and made 339 recommendations. The recommendations focused on health and safety procedures for people in custody, liaison with First Nations community groups, police education and improved transparency of records. According to the Federal Government’s own measures, most of these recommendations have either not been implemented or only partially implemented.

The rate of incarceration has increased by 45% since 2008. This confronting statistic highlights the presence of systemic racism in Australia’s justice system.

Alison Whittaker is a Gomeroi scholar and poet. She says systemic racism involves thinking about racism as a system, not just an individual’s prejudice or bias. Alison describes systemic racism as the ‘architecture around which other forms of racism are enabled, supported and justified.’ Systemic racism influences deaths in custody through:

The Royal Commission found that the high rates of First Nations deaths in custody were directly linked to underlying factors of poor health and housing, low employment and education levels, dispossession and destructive government policies. The Royal Commission concluded that the biggest factor putting First Nations people into contact with the justice system was their unequal position in wider society.

The Royal Commission defines a death in custody as:

Under this definition at least eight First Nations people have died in custody since the beginning of 2020. This is a distressing number, and numbers are only part of the story.

These statistics show that First Nations people are dying in custody from treatable medical conditions at a higher rate than non-Indigenous people. And that they are much less likely to receive the care they need.

Justice reinvestment is a strategy for reducing the number of people in prison by moving funds from corrections budgets into early intervention, prevention and diversionary initiatives. For First Nations communities, this could be community-led truth-telling and decision-making. Shifting decision-making power from governments to communities, systemic policy and legislative reform, and decolonising the legal system are all important steps to self-determination, and therefore reducing the high incarceration rates of First Nations people.

Proud Wiradjuri and Wailwan woman and lawyer, Teela Reid, acknowledges the complexity of First Nations deaths in custody. She highlights there is no single solution to reduce First Nations overrepresentation. She does however, advocate for self-determination and changing colonial institutions that maintain systemic racism. Teela challenges the central role of policing in First Nations communities and calls for greater police accountability. Teela has worked on the proposal for Walama Court – a court designed to divert First Nations people away from the criminal justice system by involving Elders and threading traditional knowledge and lore into the decision-making process.

‘Walama Court is a legally and economically sound proposal aiming to help First Nations people return to their community, come back to Country and reconnect with their cultural identity, rather than lose themselves inside a prison cell. It seeks to ensure First Nations people and their stories are heard, and justice is properly and holistically administered.’

Another example is the Nunga Court. The Nunga Court is Australia’s first Aboriginal Sentencing Court. It is located in the Anangu Pitjantjatjara Yankunytjatjara (APY) Lands in the remote north of South Australia. Aboriginal Sentencing Courts in South Australia are governed by a Magistrate, who is assisted by First Nations Elders. They provide an opportunity for First Nations court users to have their voice heard in a culturally supportive space. Family members and support persons can also speak directly to the court. The aim is to facilitate rehabilitation.

The consequences of colonisation are far-reaching and extend through multiple generations. They continue to play out in the interactions between First Nations people and the justice system. Dispossession of land, disruption of culture and kinship systems, removal of children, racism, institutionalisation and poverty are all contributing factors to First Nations overrepresentation, and therefore, deaths in custody. Lack of police accountability and transparency concerning First Nations deaths in custody in Australia are both signs of a deep, systemic issue.

No criminal convictions have ever been made for any perpetrators in Australia. A holistic and systemic approach is needed – one that prioritises justice reinvestment and self-determination.