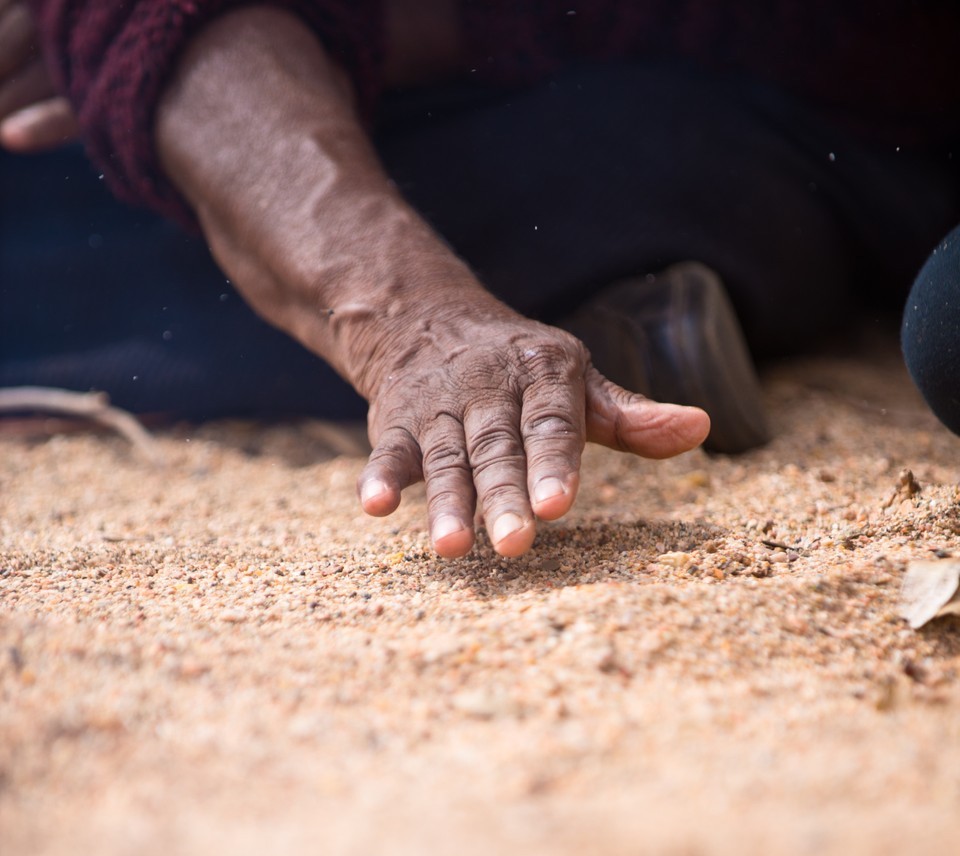 Land Rights in the Northern Territory

The establishment of land rights for First Nations people has been a long and traumatic process, and it continues today.

The Northern Territory Aboriginal Land Rights Act  1976 gives Aboriginal and Torres Strait Islander people back their land, and a say over land development.

A Land Rights Act title gives First Nations people a freehold title that is inalienable - meaning that it can't be bought or sold -and is held by an Aboriginal land trust for traditional landowners. The Land Rights Act covers vacant Crown Land outside towns and Aboriginal-owned pastoral stations. The Land Rights Act began in 1976, but since 1997 no new claims have successfully been made using this legislation.

The history that led to Land Rights in the NT

One of the first movements that caught international attention in the 1960s was the Yirrkala bark petition. In 1963, provoked by a unilateral government decision to open a bauxite mine at Yirrkala, Yolngu people in north-east Arnhem Land sent a petition to the Australian House of Representatives demanding that their land rights be respected.

The bark petition provoked a government inquiry and the Yolngu people launched litigation. But the mine went ahead and the Yolngu’s fight to be involved in the agreement between the company extracting the bauxite and the government continues today.

The Wave Hill Walk-Off was another movement by First Nations people that caught the attention of the broader public. The Gurindji people of the Northern Territory made their name across Australia with the 1966 Wave Hill Walk-Off. This landmark event inspired national change: equal wages for Aboriginal workers, as well as a new Land Rights Act (1976). Although it took another two decades, the Gurindji also became one of the first Aboriginal groups to reclaim their traditional lands.

The walk-off at Wave Hill followed more than 80 years of massacres, stolen children and abuses by early colonists after the area was first settled. The walk-off marked more than an industrial or land dispute with cattleman – it was a pivotal moment where Aboriginal people took control of their lives. The campaign was taken up by supporters in Australian cities and eventually, the Gurindji people won a title to part of their land. The Gurindji and the Yolngu had put land rights on the national political agenda.

The Australian Labor Party, under Gough Whitlam, committed to legislate Aboriginal land rights in 1972 as part of an election promise.

However, rather than pursue a national land rights law, Whitlam chose to establish a precedent in the Commonwealth-controlled Northern Territory. He appointed Justice Woodward to provide a report that would identify appropriate ways to recognise Aboriginal Land Rights in the NT.

The Woodward report found that the aims of land rights should allow for justice to be given to a people who have been deprived of their land without their consent and without compensation. Woodward proposed that the provision of land holdings was essential for Aboriginal people who were economically depressed and had no opportunity to achieve normal living standards. The report also said that  Land Rights legislation would improve Australia's standing among other nations of the world by demonstrating fair treatment of ethnic minority groups.

The Woodward report said that the right to withhold consent to activities on Aboriginal freehold land should only be overridden if the government of the day decided that the national interest required it. He said such an issue"Would not be determined on a mere balance of convenience or desirability but only a matter of necessity".

Woodward proposed procedures for claiming land and conditions of tenure. That Aboriginal land should be granted as inalienable freehold title - meaning it could not be acquired, sold, mortgaged or disposed of in any way - and title should be communal, not for individuals.

The Whitlam Government introduced legislation based on Woodward's recommendations. However, the bill was never approved due to the constitutional crisis of November 1975. Later that year, the new government of Minister Malcolm Fraser buckled to pressure from mining and pastoral industry groups and conservative politicians in the Northern Territory.

The new bill that was drafted left out many of the advances cited in the Whitlam bill. However, a national campaign by newly created Land Councils ensured a few key elements were salvaged. The Fraser Government's bill gave the Northern Territory Legislative Assembly the responsibility to create legislation that would complement the ALRA NT (1976), such as sacred site protection, provision of sea closures and permits to access Aboriginal land.

The Aboriginal Land Rights (Northern Territory) Act passed in both houses of the Federal Parliament with historic bipartisan support in December 1976.

It is important to note that the Aboriginal Land Rights Act NT 1976 isn't the only legislation that enables the recognition of First Nations rights to land. The other is the Native Title Act, which was introduced following the High Court’s Mabo decision in 1992.