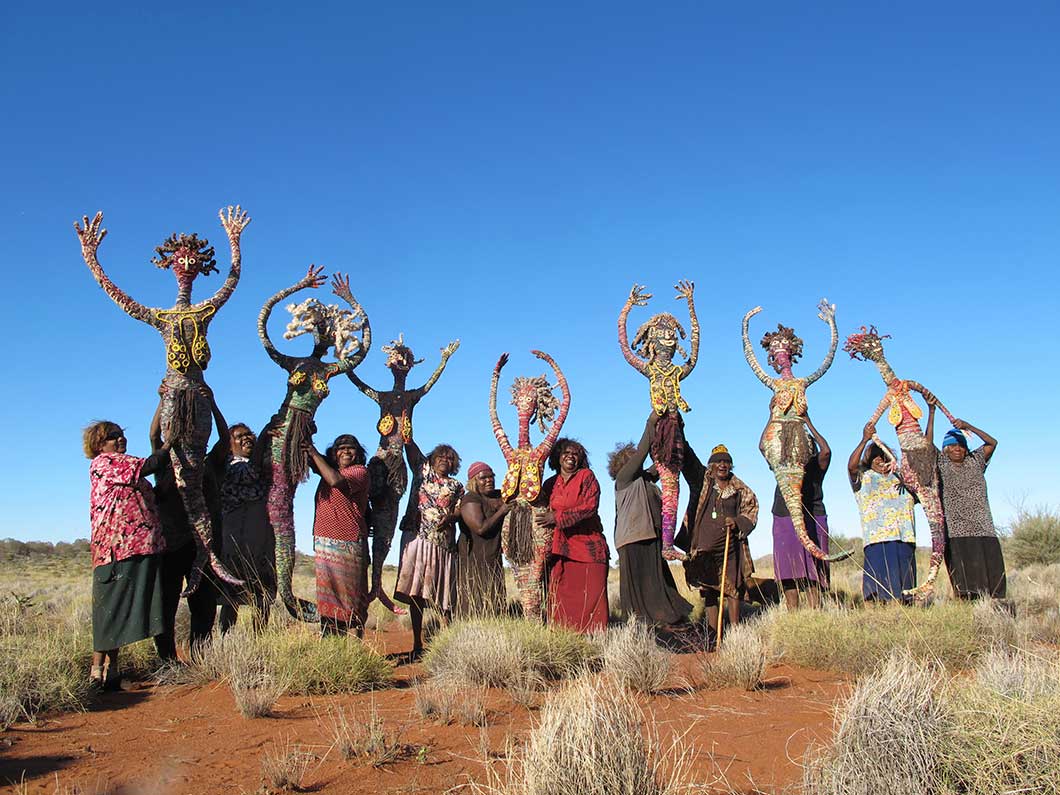 Songlines trace astronomy and geographical elements from ancient stories, and describe how these things have helped shape the landscape as it is now. They were first used by First Nations people as a form of communication across the continent and a way of mapping Country. In his quarterly essay A Rightful Place, Noel Pearson compares Songlines to The Odyssey, The Iliad, and the Book of Genesis.  He refers to Songlines as Australia's very own Book of Genesis.

The term ‘Songlines’ was became popularised by author Bruce Chatwin in the 1980s, in his book Songlines. There was controversy over this name, as it implied that First Nations people would sing their way across the country like some kind of ancient GPS or map. Songlines do chart the landscape of Australia, but they are complex and don't always follow a linear direction.

"The Songlines shouldn't be just an anthropological footnote, but a part of Australian history as it is taught in schools. To tell the real story of this continent, you've got to have both histories. They are held in different ways, told in different ways, but are essentially complementary. To really belong to this place, you've got to embrace the Songlines. They are the story of this land." - Margot Neale

Songlines are passed from elder to elder over thousands of years. Many of the routes shared through Songlines, are now modern highways and roads across Australia. The famous route across the Nullarbor between Perth and Adelaide came from Songlines, as did the highway between the Kimberleys and Darwin.

The Songlines of the Seven Sisters are some of the most significant and comprehensive creation tracks that cross Australia. The story of the Seven Sisters story is one of magic and desire, hot pursuit and escape, and the strength and power of family ties. The story can be tracked from Roeburn in the west of Australia, all the way to the east coast of Australia. It passes through the Anangu Pitjantjatjara Yankunytjatjara (APY) lands in the Northern Territory and South Australia. The story crosses through many different lands, so it’s carried by the Martu, the Anangu, Pitjantjatjara, Yankunytjatjara and Ngaanyatjarra people.

It is a tense and epic narrative, which is as complex and exciting as Greek mythology. As the Seven Sisters leave Roeburn, they are pursued by an evil shape-shifting spirit called Wati Nyiru or Yurlu, who drives the sisters east across the land and into the night sky - where they become the Pleiades star cluster. The songline crosses three deserts in an epic story that is also one of the oldest ever told in this country.

Songlines: Tracking the Seven Sisters was an exhibition that showed this story. It can now be explored from this website.

The Seven Sisters story is not unique to Australia. We see stories of seven sisters appear in stories from many cultures, including the Persians, Ancient Greeks, Egyptians, Chinese, and Native American people. It is incredible that people from all over the globe could derive a similar story from the stars, that of seven sisters being pursued by a single male.