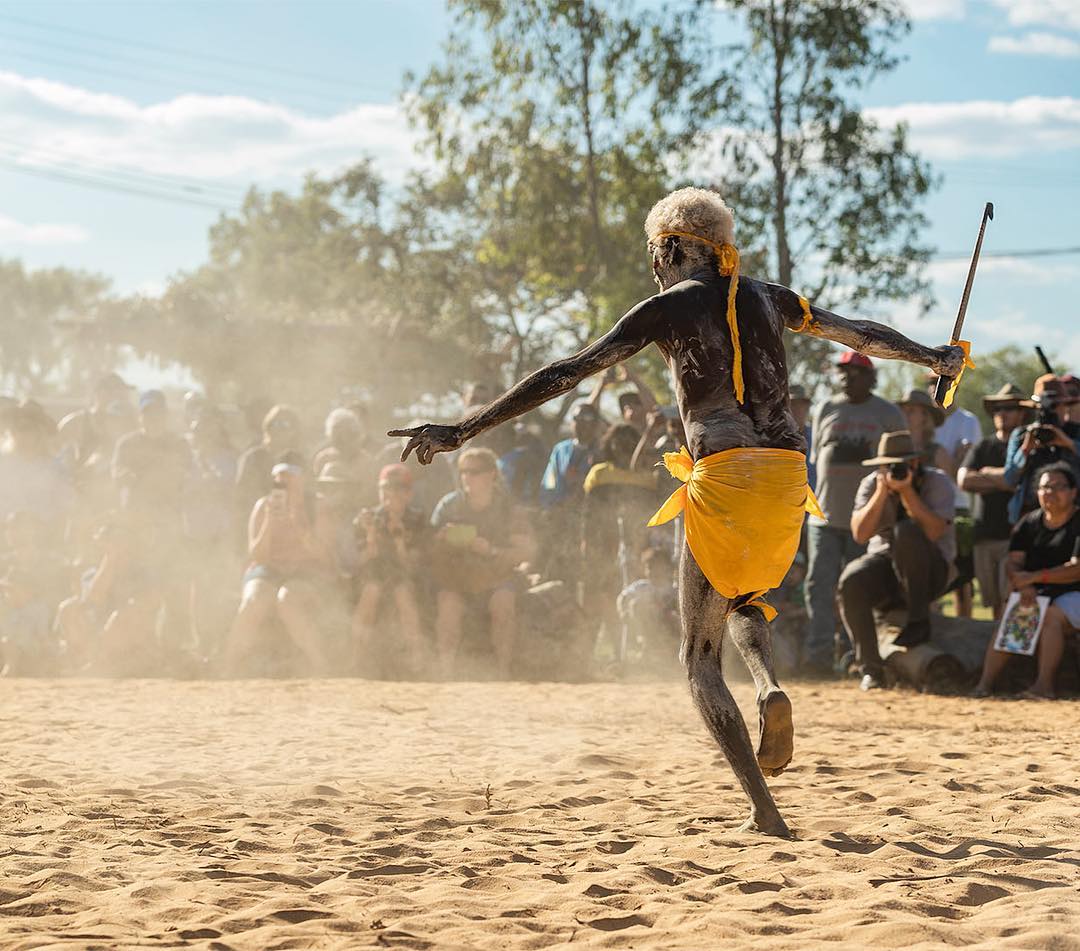 The Barunga Statement and Agreement

On 12 June 1988, the Barunga Statement was presented to Prime Minister Bob Hawke at the annual Barunga cultural and sporting festival.

The statement was written on bark and called for self-determination, a national system of land rights, compensation, an end to discrimination, respect for Aboriginal identity, and the granting of social, economic and cultural rights.

"We, the Indigenous owners and occupiers of Australia, call on the Australian Government and people to recognise our rights."

The Prime Minister responded by expressing that he would create a treaty between Aboriginal people and wider Australia by 1990. This commitment has never been fulfilled.

Lead singer Mandawuy Yunupingu and his older brother Galarrwuy wanted to highlight the lack of progress on the treaty between Aboriginal peoples and the Federal Government. The lyrics said:

"Bob Hawke visited the Territory. He went to this gathering in Barunga. And this is where he made a statement that there shall be a treaty between black and white Australia. Sitting around the camp fire, trying to work out a chord to the guitar, and around that camp fire, I said, "Well, I heard it on the radio. And I saw it on the television." That should be a catchphrase. And that's where 'Treaty' was born."

We, the Indigenous owners and occupiers of Australia, call on the Australian Government and people to recognise our rights:

to self-determination and self-management, including the freedom to pursue our own economic, social, religious and cultural development;

to permanent control and enjoyment of our ancestral lands;

to compensation for the loss of use of our lands, there having been no extinction of original title;

to protection of and control of access to our sacred sites, sacred objects, artefacts, designs, knowledge and works of art;

to the return of the remains of our ancestors for burial in accordance with our traditions;

We call on the Commonwealth to pass laws providing:

A national system of land rights;

A police and justice system which recognises our customary laws and frees us from discrimination and any activity which may threaten our identity or security, interfere with our freedom of expression or association, or otherwise prevent our full enjoyment and exercise of universally recognised human rights and fundamental freedoms.

And we call on the Commonwealth Parliament to negotiate with us a Treaty recognising our prior ownership, continued occupation and sovereignty and affirming our human rights and freedom.

2018 marks 30 years since the original Barunga Statement was presented. The bark statement now hangs in the walls of the Australian Parliament House, but its demands have not been answered.

The call for the Commonwealth Parliament to negotiate a national Treaty has not yet been realised. However, thirty years on, the Aboriginal Land Councils of the Northern Territory remain committed to the goals and aspirations described in the Barunga Statement.

This is the beginning of a long journey to treaty in the Northern Territory, and while it is not a national effort, it is an important step forward.