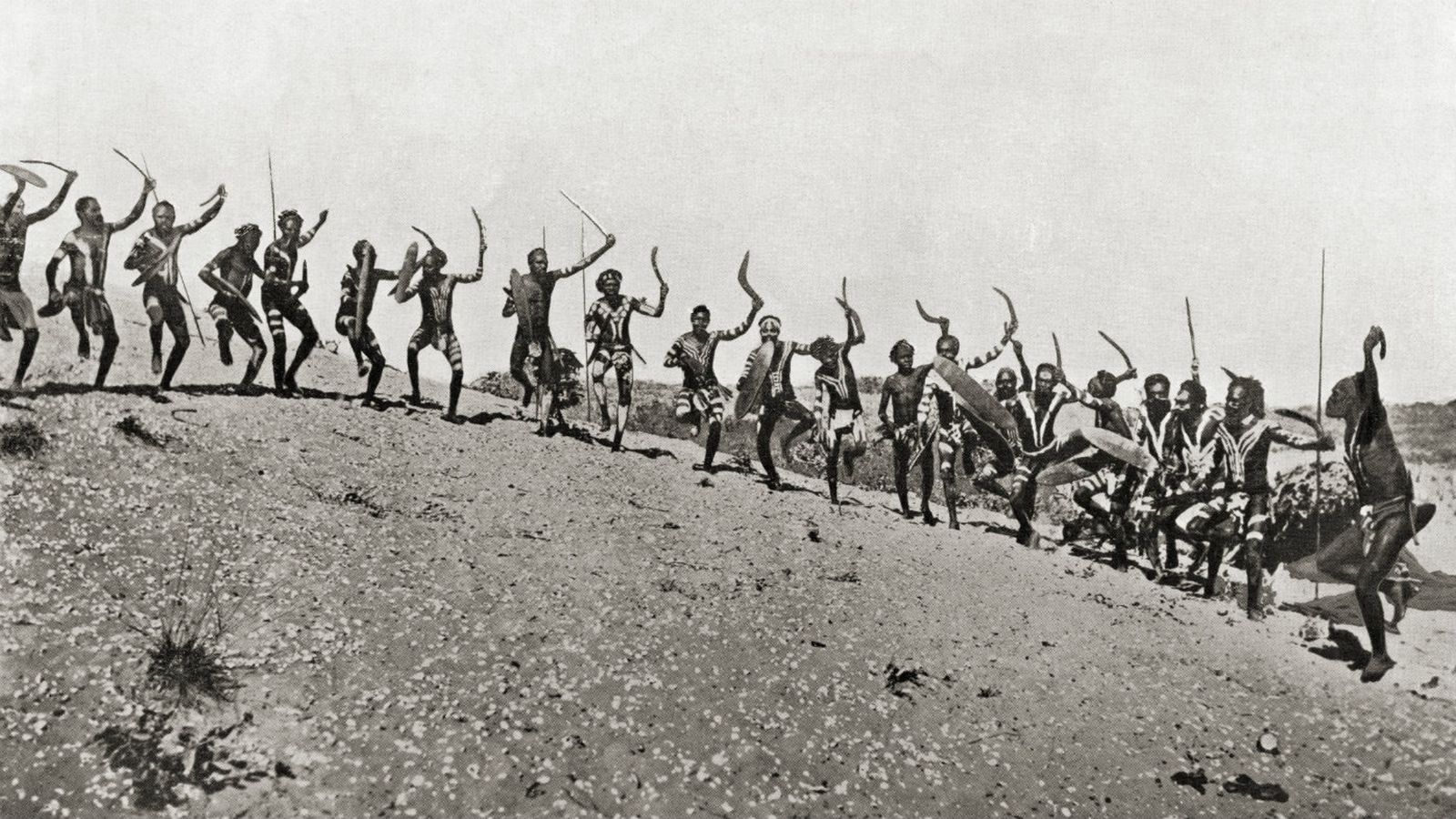 The Frontier Wars began in 1788 and lasted until the 1930s. The Frontier Wars are defined as a series of conflicts and events that happened in the first 140 years of settlement  in Australia. First Nations people were involved in conflicts and battles to defend their country and Europeans carried out massacres to expand the British colony.

1788 | The Frontier Wars begin with the British arriving in Botany Bay with 11 ships. On these ships they had prisoners, military and British officials ready to occupy the land. This marks the official beginning of the NSW colony the conflict between First Nations people and colonial forces.

1792-1802 | Pemulwuy was a very fierce warrior from the Sydney area where he waged a resistance for ten years. There were many noteworthy First Nations warriors throughout the Frontier Wars that held a resistance; Dundali, Yagan, Jandamarra, Tunnerminnerwait and Maulboyheenner, to name a few. Figures like Pemulwuy were not only known by First Nations people but they were also well known by the Europeans. Often when famous warriors died their remains were publicly shown or sent to England to be put in museums.

December 1837 to January 1838 | The Waterloo Creek massacre. Major James Nunn carried out this massacre by arming settlers and pastoralists to hunt a band of First Nations warriors. The hunters found them at a water hole with other First Nations people.  This massacre plays a part in a series of massacres that lead up to the significant Myall Creek massacre on Gamilaraay country.

1838 | The Myall creek massacre occurred and is well-known around the world because of its outcome. There were 12 perpetrators involved, seven were charged and hung for participating in the massacre. This came as a surprise to everyone in the colony. It is a significant moment in history because it was the only time white people were found guilty or held accountable for their violence towards First Nations people during the Frontier Wars.

1928 |The Coniston massacre is one of the last massacres to occur during the Frontier Wars. A WWI veteran Constable George Murray led a group to massacre First Nations people who were camped by a water hole in the Northern Territory, 400 kilometres north-west of Alice Springs.

The resourcefulness of First Nations people

First Nations convicts from around the globe

As early as 1804 First Nations people in Australia were being incarcerated in the convict system. This was happening to other Indigenous people from other British colonies around the world such as New Zealand and South Africa. As a result of the Frontier Wars in Australia, and also the broader British colonial frontier, Indigenous men were taken  as convicts as punishment for their involvement in the resistance. These men served whatever their sentence was on an island and were left there to die. The islands that were used for this purpose were Norfolk Island, Tasmania, Goat Island, Cockatoo Island and Rottnest Island.

The effects of the Frontier Wars are still felt today