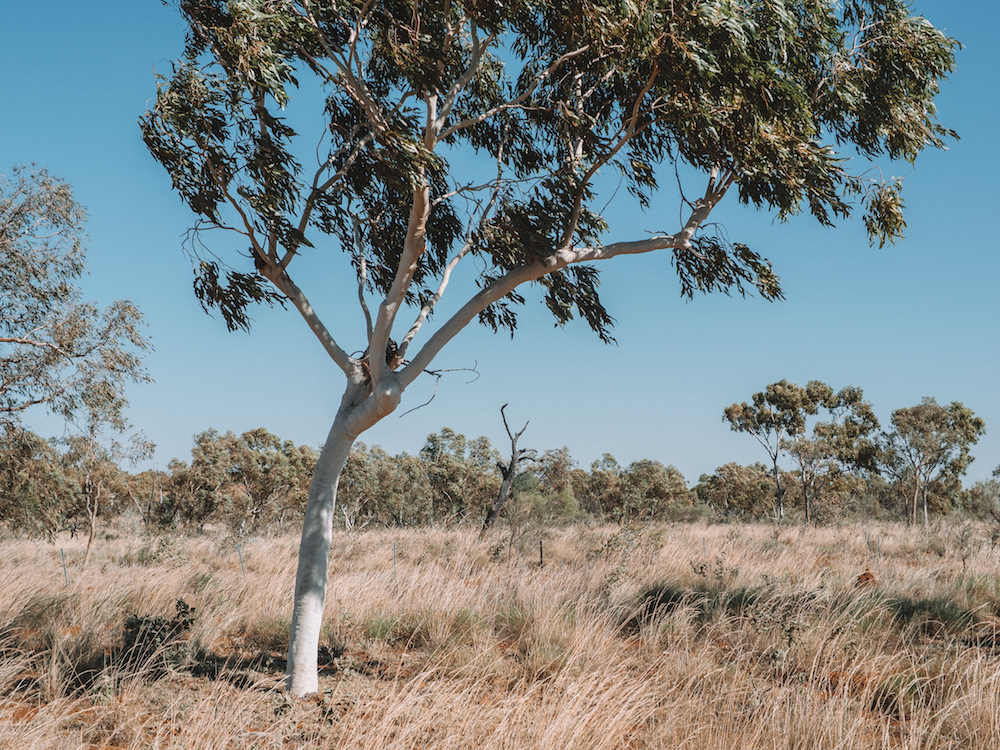 The practice of architecture, land management, enterprise, astronomy, mathematics and physics in Australia existed long before Europeans settled here. For many years, the sophistication of First Nations  cultures across the continent  has  been ignored and underappreciated.

Before colonisation First Nations  people had complex architectural and agricultural practices. This is contrary to the common narrative that they were primitive and nomadic.

The remnants of ancient architectural foundations are still present at Tyrendarra in Victoria.  Thousands of Gunditjmara people lived there all year round over  tens of thousands of years. These homes exist alongside some of the oldest hunting/aquaculture mechanisms in the world, crafted by the Gunditjmara people to hunt and keep eel. Eels were caught in a series of built dams, channels and traps, cured in Mallee gum smoke and traded for flint. The hunting/aquaculture,  enterprise  and architecture is just one example of the complexity of First Nations cultures.

In Dark Emu - Black Seeds: Agriculture or Accident?, Bruce Pascoe explores the agricultural practices of  First Nations  people long before British  settlement. Pascoe examined early white explorers’ journals and found that First Nations people had not only been irrigating, growing and harvesting grain, but had ground it into flour – potentially being the first people on Earth to bake bread. He also identifies that Brewarrina was one of the largest aquaculture systems in the world and, according to some scientists, it is the oldest human construction on Earth.

The use of 'agriculture' in relation to Australian Aboriginal people is not something many Australians would have heard. However, the records of British settlers provide extraordinary observations that give  a picture of what those explorers and settlers  witnessed. These documents show that First Nations people were not primitive hunter-gatherers, but were in fact in a deep and sophisticated relationship with the land and each other.

In a colonial account from Victoria, there's evidence of vast yam pastures treated as crops by the local Aboriginal people. The below  sketch from 1835 depicts a line of Wathaurong women digging for Murnong (yams - a sweet potato that was a staple vegetable) across a field that had been cleared of timber and managed to ensure a prosperous crop.

In the diary of George Grey, explorer of Western Australia (1839), there are reports of large buildings of ”very superior construction”

“We passed two native villages, or as the men termed them, towns - the huts of which they composed differed from those in the southern districts, in being built, and very nicely plastered over the outside with clay, and clods of turf, so that although now uninhabited they were evidently intended for fixed places of residence.”

Throughout Dark Emu, Pascoe explores many more examples of agriculture and stores of grain, alongside inhabited buildings built all across Australia prior to colonisation.

In  his book, The Biggest Estate on Earth, Bill Gammage highlights the complexity of Aboriginal land management that existed before British  invasion. The land was managed in a way that ensured sustainability and was abundant in harvest.

Gammage points to evidence of the intensive and systematic management of land by First Nations  people. This includes  selectively domesticating and distributing plants, and using fire to control ecosystems. The totem system played a key part in this way of life. . Totems link a person to the physical universe: to land, water, geographical features, and animals. In First Nations  cultures, individuals are accountable to their totems and must ensure they  are protected and passed on to future generations. This system was the basis of ecology and people’s interaction with the environment. It meant the  entire continent was managed under Law for the sake of biodiversity.

Astronomy, physics and mathematics were also being practiced by First Nations people.

Yolngu people have always known how the tides are connected to the moon, and Euahayi people used the stars to navigate their way across Australia for trade. Mathematical patterns and relationships were used  in everyday life. This is demonstrated in the complexities of various kinship systems that exist to this day. These patterns were a form of governance. The boomerang is  an incredible feat of physics using aerodynamics which were not yet understood or used in the west. Dispelling the myth of the simple, nomadic, hunter-gatherer

Some suggest that the myth of the 'simple nomadic, hunter-gatherer Aborigine' was constructed to aid the agenda of eighteenth century British colonials.  The British fought to establish that the First Nations people were primitive and not to be counted as human, in order to enforce their claim of terra nullius (land belonging to no one).

“Myths are powerful. They influence the way we think about things of which we might not have direct experience. The most difficult relationship is not between black and white people but between white Australians and the symbols created by their predecessors. Most Australians do not know how to relate to Aboriginal people. They relate to stories told by former colonists.” - Marcia Langton Chair of Australian Indigenous Studies, University of Melbourne.

But why else did it take so long for non-Indigenous Australians to recognise the complexity of First Nations  cultures?

“Put simply, farming peoples [Europeans] see differently. Like our draught horses, we wear the blinkers agriculture imposes. Australia is not like the northern Europe from which most early settlers came... farmers don’t think like hunter-gatherers. For us “wilderness” lies just beyond our boundaries; for them wilderness does not exist. Fences on the ground make fences in the mind.” - Bill Gammage, The Biggest Estate on Earth.

The complexity of Aboriginal and Torres Strait Islander cultures - the oldest living cultures on Earth - shouldn’t be Australia’s secret history. It should be common knowledge that is shared and celebrated. There is value in these cultures and the knowledge they carry - that can benefit everyone. It’s time to acknowledge this truth and pay respect to the people who cared for this land and for themselves for over 60,000 years  before settlement.