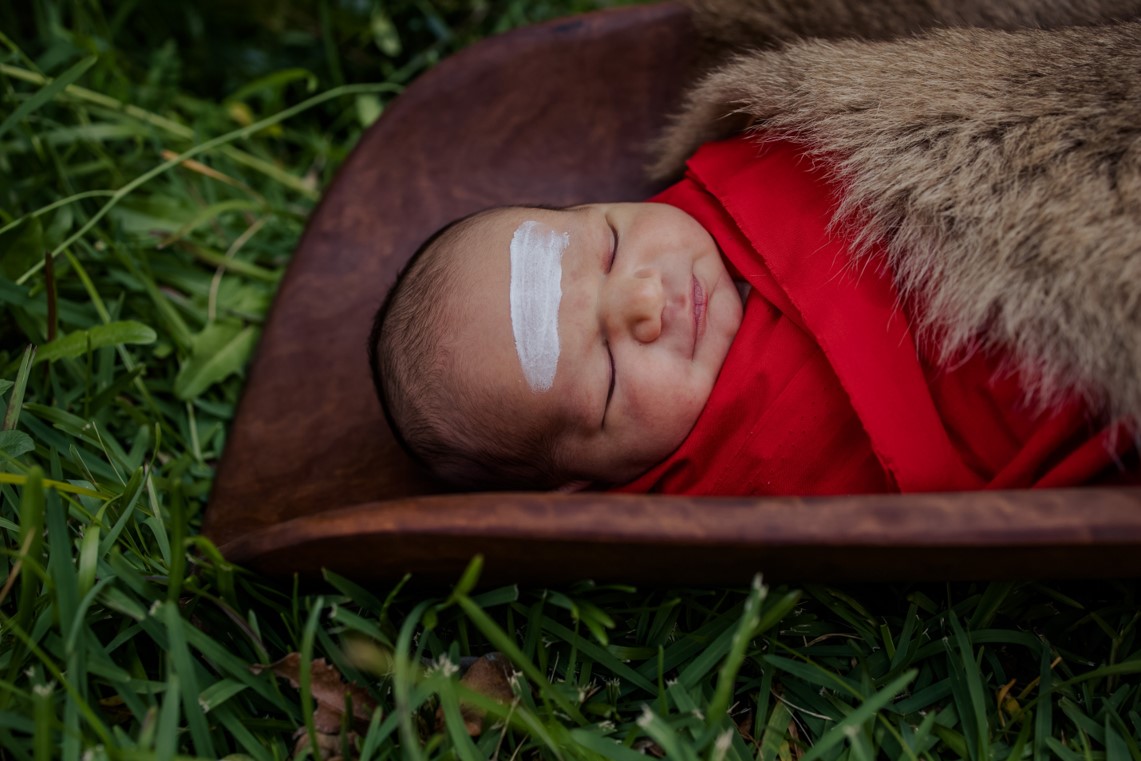 Before colonisation, culturally safe birthing was an uninterrupted practice for First Nations women and families for over 80,000 years. Women gave birth on the same land as their mothers, grandmothers and great grandmothers. Birthing was seen as a collective responsibility of the community with grandmothers and aunties playing significant midwifery roles.

Pregnancy, birthing and motherhood continue to be seen as sacred and spiritual with the potential for healing. When considering First Nations birthing practices it is important to note the great cultural diversity that exists. The rituals, ceremonies and practices related to birthing can vary depending on geographic location and language group. That is, the Country or Nation of a particular area.

First Nations infants have poorer birth outcomes on average than non-Indigenous infants. Preterm birth, stillbirth and neonatal death rates are 2-3 times higher for infants with First Nations mothers than those with non-Indigenous mothers. Factors influencing this include remoteness, poverty and intergenerational trauma. It also indicates a presence of systemic racism in mainstream maternity care.

Binjareb mother and midwife from Nyoongar Boodja, Valerie Ah Chee, says some First Nations women avoid services all together because they are afraid they won’t be able to take their baby home. She also says the hospital setting itself creates fear.

"There’s a lot of fear around birth. You can’t help but connect fear with birth if you are going to a hospital. Because in the back of our minds, we know that hospitals are where we go when we are really sick. Birth has become absorbed into that system, unfortunately. But how do we get that sacredness back? By empowering each other as Aboriginal women. By being surrounded by Aboriginal women and midwives when we give birth." - Valerie Ah Chee.

Traditional birthing practices vary between language groups or Nations. It is important to remember that each Nation may have their own unique customary laws.

The separation of men's and women's business is central to many First Nations cultures. This is not discriminatory and is not to the detriment of either gender. Instead it’s about particular roles, ceremony and Lore that are sacred to men and women individually.

In many First Nations, the customs and traditions within men’s and women’s business are strict. Women cannot know what happens in men’s business and men cannot know what happens in women’s business. Traditionally there were punishments for those who broke the rules. Punishments included the tangible and visible (such as spearing into the thigh or calf) or the intangible and spiritual (such as ‘singing’ a person - where an Elder calls on spirits to do ill to another person).

Birthing is women’s business in many First Nations cultures. The skills, practices and rituals concerning childbirth have often been handed down through the generations and reflect a spiritual and healing approach. The Dreaming, Law, Land, kinship and beliefs about life and death are all bound to traditional birthing practices.

Grandmothers and aunts play significant midwifery roles in traditional births both in practical and spiritual ways. The more practical services include preparing the tools, providing moral support, ensuring the physical comfort of the mother, preparing the fire and keeping the fire going. Spiritual services include song, dance, smoking ceremonies and burying the placenta (among other rituals specific to each Nation).

Wiradjuri and Wailwan woman, Fleur Magick Dennis, shares her yarn about placenta burial as passed down to her by Elders.

“According to some of my Elders, the alarmingly high rates of mental illness and suicide among our youth is related to the placenta of each baby not being buried in the Earth anymore, as was traditionally done.

When a teenager comes into age and their first seed connects to the earth – this is what activates their life plan. In the same way everyone has a unique fingerprint, everyone has a unique life print within the placenta. If all the placentas are incinerated alongside all other hospital waste – each child’s life blueprint or journey map gets destroyed. The imprint of the map gets intermingled and mixed up with other children’s maps. And this, some Elders believe, is why youth suicide rates are so high. All the placentas are getting mixed up and Mother Earth and the ancestor spirits cannot follow their life maps.

Sacred cultural belief says this print is a map for our life journeys. It needs to be planted with mother earth. Each one of my child’s placentas was buried and I believe it helps them to be strong.”

The Congress Alukura by The Grandmother’s Law

The centre has since been established and is a First Nations controlled, women-only place delivering holistic and comprehensive women’s health and maternity care to First Nations women and babies. Alukura provides culturally safe health care, community education and liaison services guided by First Nations grandmothers. The centre aims to preserve First Nations identities, cultures, laws and languages as they relate to pregnancy and childbirth.

The report highlights the contrast between western medical perspectives of birth and more traditional beliefs and concepts. At the same time, it explains how modern techniques can be incorporated into First Nations ways. The research presented is of fundamental cultural importance while also addressing practical issues.

“The process of coming into the world is an everyday happening, in one sense a commonplace matter. In another sense it is the most important and mysterious of events, linking and renewing the generations, just as it links our past, our present and our future.”

‘Borning’ is an Aboriginal English term used to describe traditional birthing beliefs anchored in the Dreaming. It is not equivalent to western ‘birthing’. In Arrernte, this is ‘ampe mbwareke pmere alaltye’ (being found in Country). The report says, “We have no common English word which characterises the process. We could, I suppose, say “coming into being” but then we would use a phrase common in philosophy and not used by others. “Borning” - the term used in the report - seems appropriate. It is a word in use by Aboriginal people and unfamiliar to most English speakers; it’s unfamiliarity is an advantage in this case, forcing the reader to rethink [their] other normal categories.”

‘Birthing on Country’ means different things to different people. First Nations women gave birth to their children on their ancestral lands for thousands of generations. But today this isn’t always possible or even preferred.

In April 2016, the Congress of Aboriginal and Torres Strait Islander Nurses and Midwives (CATSINaM), the Australian College of Midwives (ACM) and the Council of Remote Area Nurses of Australia (CRANA) released a joint position statement on ‘Birthing on Country.’ They describe it as a metaphor for the best start in life for First Nations babies and their families. It’s about providing support for the transition into motherhood and parenting

“Birthing on Country means our mums and our babies can have the best start in life by having a birthing place that is sacred, that is theirs and that is safe. It’s about building on womens’ strength. Because everyone has a strong woman in their life.”

Birthing on Country an integrative, holistic and culturally safe model of care for all. Because birthing is women’s business in most First Nations cultures, many women will prefer female midwives and caregivers even in mainstream maternity care settings.

“The system must recognise the value of First Nations midwives and nurses and how powerful we can be as a resource to make things better for our peoples.” - Valerie Ah Chee.