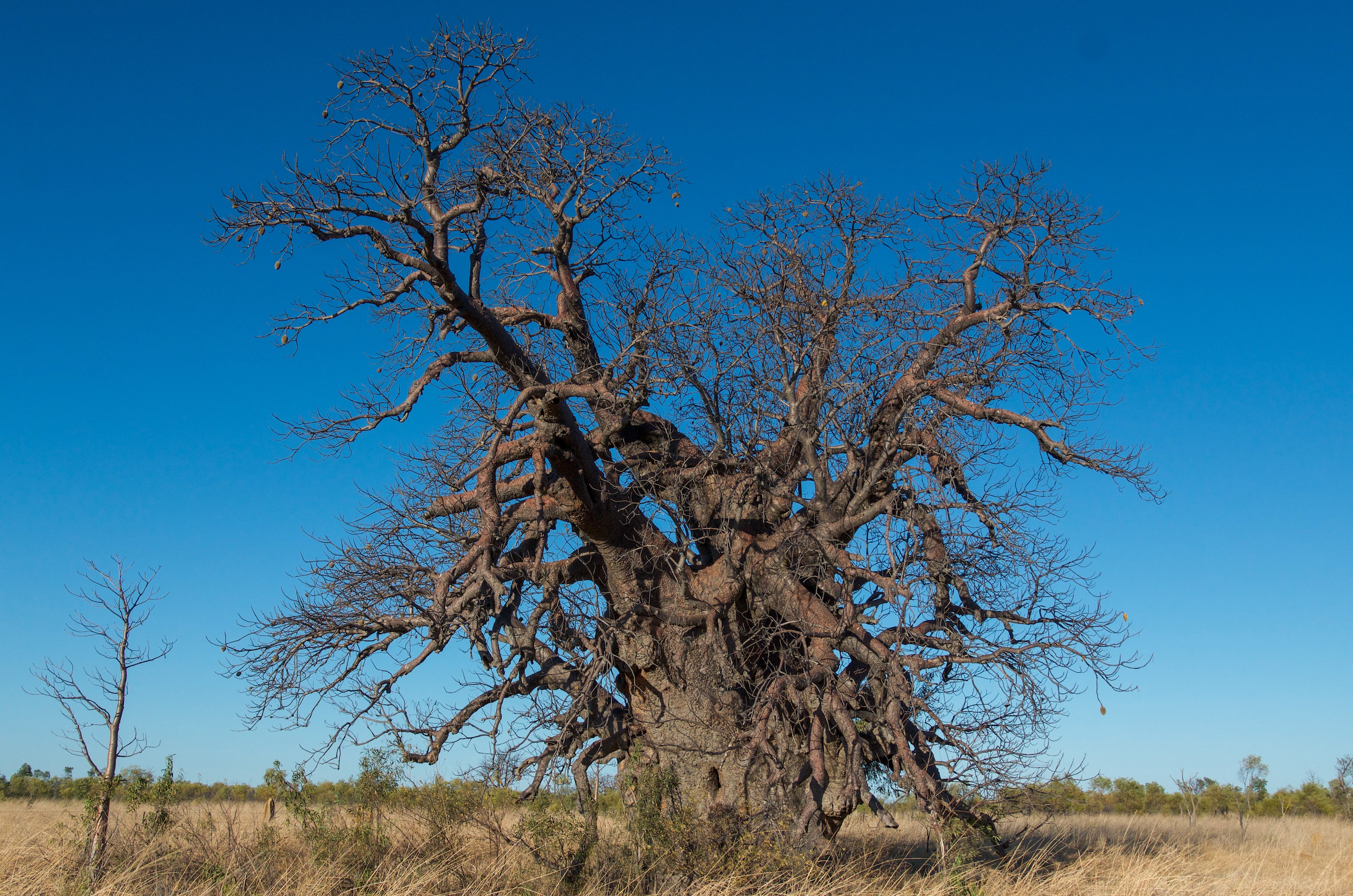 Disclaimer: This is only a brief introduction to sacred trees in First Nations cultures. It’s best practice to learn about the sacred trees in your local area directly from Traditional Owners.

Rob Williams is a Walgalu (Kambri), Ngunnawal and Wiradjuri archaeologist and academic associate at the Australian National University.

“Scarred trees are still commonly made by Wiradjuri people. Species of eucalypt, particularly red gum, yellow and grey box are carved and, when their bark is soft, removed to make coolamons (wood or bark carrying container) and canoes,” he says in his article originally published in July 2021 for The Conversation.

Carved trees are those that have been ceremoniously carved as a form of cultural and spiritual expression. They often mark important sites, such as burial grounds or initiation sites.

First Nations cultures see everything as deeply connected and interrelated, like families. Grandmother trees, then, are often the oldest trees in the ecosystem (or family).

Vanessa Cavanagh is a Bundjalung and Wonnarua woman and PhD candidate at the University of Wollongong. Her research centres Aboriginal women and cultural burning in NSW.

“I remember brushing my teeth over the green enamel sink. I would gaze out the window at a prominent grandmother and ponder her age. This grandmother had soft pink skin, smooth and dimpled, and incredible curves that burled in places. She stood at least 25 metres tall,” she says in her essay originally published in January 2020 for The Conversation.

“She was one of the sentinel trees which stood strong on the property where I grew up in Colo Heights, northwest of Sydney, at the edge of Darkinjung Country.”

Certain trees may be culturally significant to First Nations women and families during pregnancy and childbirth. Birthing trees may be places of shelter for women during labour and birth. They may also be where placentas are buried after giving birth.