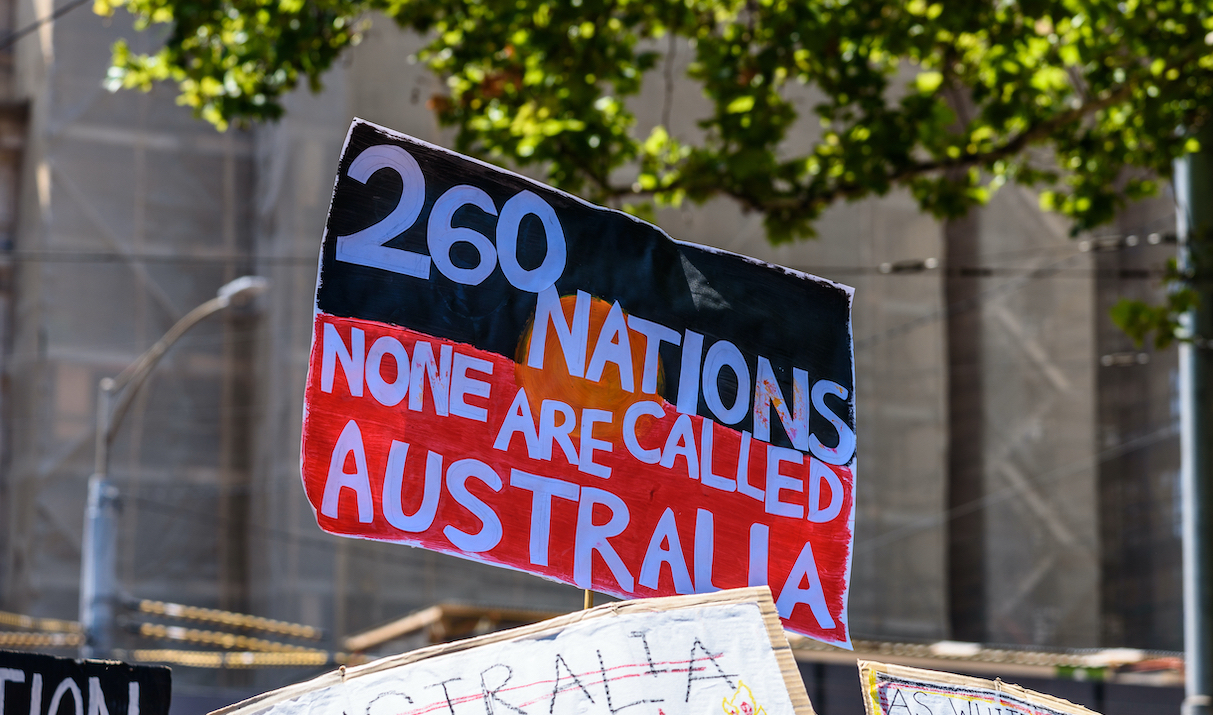 Telling the truth is important to both us as individuals, and us as a society. As a society, truth-telling involves having honest conversations about this continent’s history. Doing so will help us improve race relations and heal as a collective.

The histories and cultures of First Nations peoples, and our experiences following British invasion, remain largely unknown by non-Indigenous Australia. However there is a growing momentum among Australians to gain a deeper understanding of our colonial history.

But in responding to this momentum, it’s important the true history of colonisation is told: the genocides, the massacres, the Frontier Wars and the ongoing injustices and discrimination. Equally important are the stories of how First Nations people have contributed to building and protecting this country.

Truth-telling is an opportunity for First Nations people to record evidence and share stories about our culture, heritage and history with the broader community. It’s not only about confronting the atrocities of the past, but it’s also about centering First Nations voices and the deep knowledge and innovative solutions we hold.

Truth-telling is also a means for Australians to recognise the ongoing trauma and impact of colonisation on First Nations people. The ramifications of land theft, the White Australia policy, stolen wages and the Stolen Generations have echoed throughout time. They are not memories lost in the past, and in fact similar injustices are still occurring today: the destruction of sacred sites for mining and development, appropriation of our cultures and intellectual property, and paternalistic government policies that deny our right to self-determination.

Truth-telling can involve activities at local, state and national levels. For example: signage and memorials, inquiries and commissions, and official apologies. Truth-telling can occur in spaces such as community centres, local councils and museums, and in schools, TAFEs and universities.

“In Wiradjuri language, my native tongue, Gari-Yala means speak the truth. In a country that denies the truth of its past, truth-telling requires courageous conversations and a preparedness to challenge the status quo. We live in a country built on the erasure of First Nations Law, languages and land - we each have a responsibility to ensure we enable a more honest narrative about our nation's story. Gari-Yala, Yindyamarra.” - Wiradjuri and Wailwan lawyer Teela Reid.

Many local communities are working together to research, record and share previously untold and unrecognised parts of their local histories. This type of truth-telling, tied to place, can help communities build respect and understanding. It also acknowledges the diversity of First Nations and their own historical experiences.

A well-known example is the Myall Creek Massacre Memorial, where First Nations and non-Indigenous people from the area collaborated to acknowledge their truth of local frontier violence. An annual commemorative service is now held every year on 10 June, involving the descendents of both survivors and perpetrators of the massacre.

While many people agree truth-telling is best implemented at local and regional levels, a more formal structure and/or national body might also be necessary. The Uluru Statement from the Heart called for a Makarrata Commission to supervise processes of truth-telling and treaty-making.

Other reports have recognised the need for truth-telling on a national scale, including: the report from the Royal Commission into Aboriginal Deaths in Custody, the Bringing Them Home Report, the Council for Aboriginal Reconciliation’s final report, and the Referendum Council’s final report. Each identifies steps in understanding the truths of the past to avoid repeating the wrongs.

Some suggest the best way to do this is further inclusion of First Nations voices and truth-telling in school curriculums. In April 2021, the Australian Curriculum, Assessment and Reporting Authority (ACARA) proposed changes to the national curriculum, after a review found that the current organising ideas fail to recognise First Nations experiences of European contact. They proposed using the term ‘invasion’ instead of ‘settlement’ when teaching about colonisation. This is an indication that our society is ready to tell the truth: Australia was not settled peacefully. It was invaded and colonised and the colonial project continues today.

As Teela Reid explains, the proposed change also puts the lived experiences of First Nations people at the centre of Australia’s story, and is a great example of how the onus of truth-telling is not just on us. Non-Indigenous people also have a responsibility to hold space for dialogue grounded in truth.